A refusal decision by the Examining Division must be preceded by the issuance of at least one substantive communication pursuant Art. 94(3). 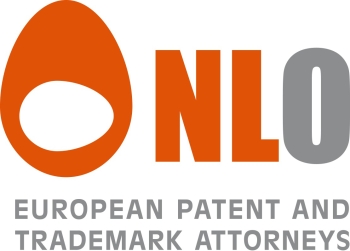 In T0017/22, a decision of the Examining Division (ED) to refuse the European patent application 18750027.7 was appealed by the applicant (Appellant - A). In filing their statement of Grounds of Appeal, A contended that the ED committed a substantial procedural violation because A was never presented with an opportunity to address the raised objections. Accordingly, A stated that their right to be heard under Art. 113(1) EPC had been violated. The Board of Appeal (BoA) agreed with A and considered that at least one substantive communication pursuant Art. 94(3) EPC and Rule 71(1) EPC must be issued before a decision to refuse the application can be issued.

During the international phase of the 18750027.7 patent application, the EPO acted as International Search Authority (ISA) and issued a written opinion raising lack of novelty, lack of inventive step and lack of clarity objections. Once the application reached the European phase, the ED issued two communications before issuing the decision to refuse the application. First, a communication under Rules 161 and 162 EPC inviting A to correct any deficiencies mentioned in the written opinion was issued. Second, a communication under Rule 137(4) EPC headed “Invitation pursuant to Rule 137(4) and Art. 94(3) EPC” was issued in response to the Rule 161 and 162 EPC reply of A. This second communication was accompanied by an annex which raised an additional Art. 123(2) objection and the statement: “nota bene: The amendment appears also not suitable to remedy the deficiencies.”. The application was subsequently refused based on lack of novelty, lack of inventive step, lack of clarity, and added subject-matter.

The Board investigated whether A’s right to be heard under Art. 113(1) EPC had been violated and whether the ED had made a substantial procedural violation.

The second issued communication under Rule 137(4) EPC must be considered as a formal communication, according to the Board. This communication, which has a period for reply of one month, merely asked A to identify the amendments and to provide basis for these amendments in the application as filed. The Board considered that the short period of one month for reply is inappropriate for a reply to substantive issues. Although this communication also contained an annex which included an additional Art. 132(2) EPC objection and a statement “nota bene: The amendment appears also not suitable to remedy the deficiencies", the Board considered that this annex did not turn this Rule 137(4) EPC communication into a substantive Art 94(3) and Rule 71(1) EPC communication, especially as the period for a reply was still only one month. The Board further stated that the mere reference to Art. 94(3) EPC in the heading of the communication does not affect this decision.

Decision of the Board

In view of the above, the Board decided that the ED failed to issue a substantive communication pursuant to Article 94(3) EPC and Rule 71(1) EPC. The Board further stated that the omission of a such communication under Article 94(3) EPC is a substantial procedural violation as it deprived the applicant of the opportunity to react to such a communication. Because of this, the Board decided that A was entitled to a reimbursement of the appeal fee under Rule 103(1)(a) EPC. The decision under appeal was set aside and the case was remitted to the ED for further prosecution.