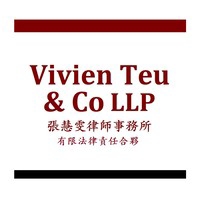 After the handover to China in 1997, the Hong Kong Special Administrative Region has retained separate tax and legal systems with English Common Law roots. While the Law Reform Commission conducted a public consultation on reforming the charities regulatory regime in 2011 to 2013, the laws on charities in Hong Kong remain uncodified and derived from Common Law. There is no statutory definition of a charity; and there is no Charities Commission or an equivalent centralised body regulating charities, but instead different aspect of a charity's operations are subject to regulations and oversight of various government departments. The Inland Revenue Department ("IRD") holds the power to grant tax exemption status to "any charitable institution or trust of a public character", and it issues guidelines (the latest as of April 2020) to provide guidance on how organisations can obtain such tax exemption status (commonly referred to as a "s.88 tax exempted charity"), and also on when a donation qualifies as an approved charitable donation, namely donations that have been gifted to such tax exempted charities, and in a form that allows an individual or corporate donor to enjoy deduction from their salaries / profits tax for that year of assessment. Donors may also enjoy stamp duty exemptions on certain types of donations. Estate duty has been abolished in Hong Kong since 11 February 2006. The number of tax exempt charities and the amount of donations made in Hong Kong have been steadily growing despite the lack of a comprehensive regulatory framework. By 31 March 2 there are 9,096 charities granted tax exemption status by the IRD (which does not cover all charities in Hong Kong), with a total of 285 new charities recognised during the year 2019/2020. Approved charitable donations exempted from salaries tax (for individuals) and profits tax (for corporations) for 2017/18 are respectively HK$7.88 billion and HK$5 billion, which reflect a doubling of the figures from 2007.

Section 26C of Inland Revenue Ordinance ("IRO") provides for deduction of approved charitable donations from assessable income, subject to certain conditions, for the purposes of salaries tax and personal assessment, and Section 16D provides for a similar deduction for profits tax purposes.

"Approved charitable donation" is defined under Section 2 of IRO as:

Other basic criteria governing the granting for the deduction are:

One thing to note is that the donation must be a gift in the strict sense, which means the property transferred must be transferred voluntarily and no advantage of a material character is received by the transferor by way of return. For example the purchase of tickets to a charity gala premiere screening where the price is significantly higher than the cost of the cinema ticket may still be considered providing the taxpayer an advantage of a material nature that took the transaction as a whole outside the definition of a donation (Sanford Yung Yung-tao v Commissioner of Inland Revenue [1979] HKCA 178). There is no provision in the IRO to allow payments to be apportioned into "charitable" and "material benefit" components.

Donors may be asked by IRD to produce receipts for donations in support of their claim for deduction, and therefore should ask for proper receipt for their donation from the s.88 tax exempted charity, which should contain the full name of the charity as in its constitutional document, and where the nature of the transaction is clearly marked as donation, and the sum not mixed with other payments from the same taxpayer (e.g. for services).

Section 44 of Stamp Duty Ordinance provides that stamp duty shall not be chargeable on a conveyance of immovable property or a transfer of Hong Kong stock (which are otherwise subject to ad valorem stamp duties under applicable provisions) where the beneficial interest in these transfers passes as a way of gift from the person entitled to that interest, the registered owner or transferor, to or on trust for a s.88 exempted institution. The instrument of transfer must be submitted to the Collector of Stamp Revenue for adjudication.

Definition of a charity

As mentioned the law on charity in Hong Kong has been built up by case law. To be a charity at law, the institution or trust must be established for purposes which are exclusively charitable.

The Courts of Hong Kong have referred to the Preamble to the Charitable Uses Act 1601 for guidance on what are purposes considered charitable, and the leading case authority on this today is still Commissioners for the Special Purposes of Income Tax v Pemsel [1981] AC 531, which listed four principal charitable purposes:

(a) the relief of poverty;

(b) the advancement of education;

(c) the advancement of religion; and

(d) other purposes of a charitable nature beneficial to the community not falling under any of the preceding heads.

Apart from the fourth head which must be of benefit to the Hong Kong community, the other three headings may be in relation to activities carried on in any part of the world. Such purposes will not be charitable unless they are also for the public benefit, which means they cannot be established for the benefit of specific individuals, although what constitutes a sufficient section of the public is to be decided on a case by case basis.

Purposes held not to be charitable purposes by Courts include: attainment of a political object, promotion of the benefits of the founders or subscribers, encouragement of a particular sport, provision of scholarship fund for employees of a particular company.

IRD follows the above list of charitable purposes when assessing whether an institution should be granted tax exemption status, amidst other considerations such as whether a charity's governing document restricts sufficiently the use of income for purposes other than the expressly stated charitable purposes.

A charity in Hong Kong is usually constituted as a trust, a company limited by guarantee or a society.

The ceiling on allowable tax deduction as a percentage of assessable incomes or profits have risen over time from 10% (2002) to 25% (2003) to 35% (2008), but this is not considered particularly generous in the region3. Compared to say Singapore, the latter allows for tax deduction of 250% and there is no limit on the proportion of income eligible for tax deductions. However, unlike Singapore where there are more restrictions or limits on deductible tax donations with respect to charitable causes overseas, Hong Kong charities are able to support and offer tax deductible donations on charitable causes locally or internally (unless the charity is approved specifically as one whose charitable purposes are for the benefit of the community, which will be limited to Hong Kong).

In 2011 the Law Reform Commission ("LRC") launched a public consultation on "perceived limitations in the current system of oversight of charities", and recommended the establishment of a Charity Commission to regulate charities and introducing statutory definition of what constitutes a charitable purpose, amongst other recommendations. In December 2013, the LRC published a report indicating the absence of general consensus for establishing a Charity Commission, and instead recommending other administrative measures to improve transparency and accountability of charities. No major recommendations regarding tax treatment of donations have been discussed.

Hong Kong currently does not have special tax treatment for social investments, for example policy incentive like that of the Social Investment Tax Relief in the United Kingdom. While it is welcomed to see the IRD introducing new guidance relevant to the treatment of social investment for charities' profits tax assessment (as evidenced in its recent published guidelines for charities), we hope that Hong Kong will look at introducing tax incentives for investors of social investments too to further encourage funding flowing into the impact space.