AGENDA OF THE WEEK

It’s a busy week for Congress — lawmakers are trying to get as much done as possible before departing for the weeklong Memorial Day recess. Major items on the to-do list include (1) the Senate’s bipartisan banking bill; (2) farm bill; (3) FY 2019 defense reauthorization; and (4) the Foreign Investment Risk Review Modernization Act.

More details on these measures in the section below.

Vacation Packing List. Congress will try to knock out the following items before leaving town for Memorial Day recess next week:

Wenstrup to Ways and Means. Rep. Brad Wenstrup (R-OH) is the newest member of the House Ways and Means Committee, filling a vacancy left by the resignation of former Congressman Pat Meehan (R-PA). Wenstrup has been assigned to the human resources subcommittee as well as the oversight subcommittee. Additionally, Ways and Means Chairman Kevin Brady (R-TX) added Rep. David Schweikert (R-AZ) to the tax policy subcommittee.

In announcing the subcommittee changes, Chairman Brady said: “Our Committee has delivered real results on behalf of the American people including historic tax reform and the first redesign of the IRS in decades. Our chairmen and members work tirelessly to enact these pro-growth policies that improve Americans’ lives and accelerate our economy. We look forward to delivering even more results in the months to come, including important legislation to combat the opioid crisis and meaningful welfare reform.”

As the World Turns. The Senate Finance Committee is shuffling its staff, as Deputy Staff Director and Chief Tax Counsel Mark Prater is preparing to retire from Congress. Prater’s dual role will be split between Jeff Wrase and Jennifer Acuna. Wrase, the committee’s chief economist, will step in as deputy staff director; Acuna will be promoted to chief tax counsel.

Prater’s retirement should come as no surprise — after all, the difficult work of enacting tax reform is done. At this writing, Prater has not announced his next steps. Typically, tax staffers with Prater’s extensive policy experience tend to migrate towards either accounting or law firms in Washington, as their legislative expertise and contacts are a commodity in the private sector. For instance, Randy Herndon, a former House and Senate GOP tax staffer, has left Capitol Hill to take a job with Capitol Tax Partners.

Democratic tax staffers are also in high demand these days in view of a potential “blue wave” this November, but many are staying put for now in case they retake the majority in the next Congress.

The carried interest provision in the tax law increases the holding requirement from one year to three years, but the statute is unclear on whether the three-year holding requirement applies to the applicable partnerships interests or the underlying assets as well. Warren did not provide a specific timeline on when the IRS will issue a clarification, merely stating that the agency is “taking things one at a time.” However, according to the Office of Management and Budget’s Unified Agenda, a proposed rulemaking may be issued before June 2018.

Earlier this year, the IRS addressed a separate carried interest issue regarding applicability to S corporations via Notice 2018-18. 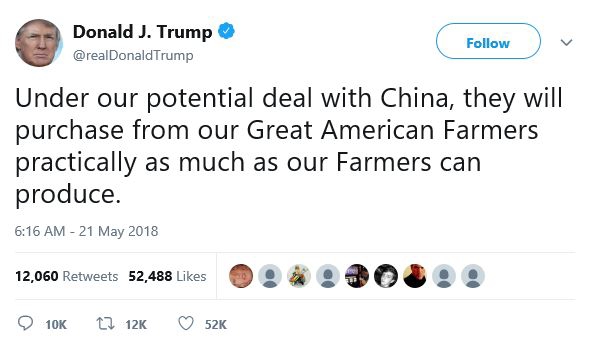 Subcommittee hearing to examine the FY 2019 budget request of the Department of the Treasury.

Hearing on “Ten Years of Conservatorship: The Status of the Housing Finance System.”

Subcommittee hearing on “The Impact of Autonomous Vehicles on the Future of Insurance.”

Subcommittee hearing on regulatory reform and economic opportunities for workers and employers.

Subcommittee hearing on the FY 2019 budget request of the HHS.

Hearing on “Cybersecurity: Risks to the Financial Services Industry and Its Preparedness.”

Discussion on “The Tax Cuts and Jobs Act: A Boost to Growth or a Missed Opportunity?”