The main development since our last update of the ex ante regulation of the telecom sector in the Netherlands is the imposition of obligations in the Market Analysis Decision on Wholesale Fixed Access (“WFA”). In that decision, the Netherlands Authority for Consumers and Markets (“ACM”) identified a risk of joint Significant Market Power of KPN and VodafoneZiggo on the WFA market (previously known as Unbundled Local Loop and Wholesale Broadband Access). For that reason, ACM considered it appropriate to impose access obligations not only on KPN but also on VodafoneZiggo. The cable network is therefore regulated once again (since the annulment of the 2009 Broadcasting Decision).

The Trade and Industry Appeals Tribunal (“CBb”) furthermore ruled in 2018 on the appeals filed against the market analysis decisions (“MAD”) regarding ODF-Access Fibre to the Office (“FttO”), fixed and mobile terminating access (“FTA-MTA V”) and fixed telephony (“FT”).

A summary of the previous regulation period is provided in the table below. 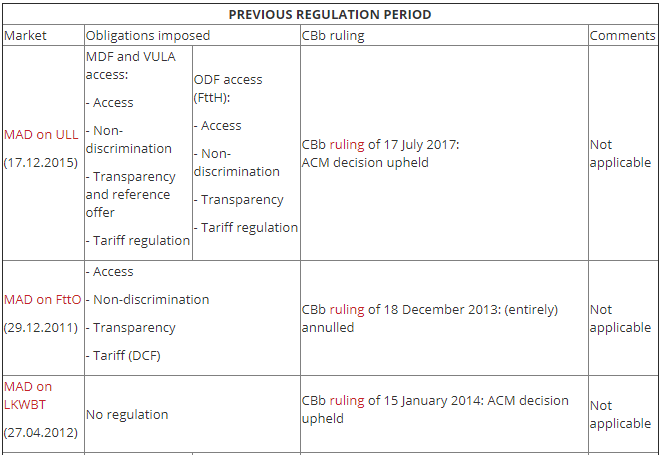 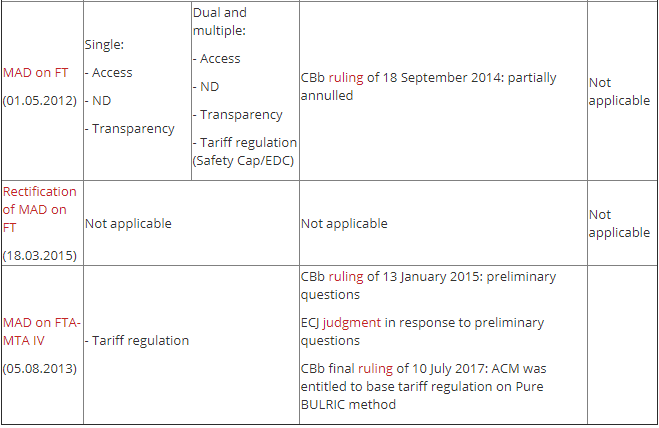 Partly due to CBb’s decision not to regulate FttO and to annul the Market Analysis Decision on FT, the scope of ex ante regulation in the Dutch telecom sector has decreased further. Only FTA-MTA, WFA and high-quality wholesale broadband are currently subject to ex ante regulation.

In 2019, the new draft decision on Wholesale High Quality Access (“WHQA”) at a fixed location will have to be awaited. ACM recently started consulting market parties. ACM withdrew its earlier draft market analysis from 2017 after objections from the European Commission.

The CBb’s ruling in the appeal proceedings against the Market Analysis Decision on WFA is expected later this year.. 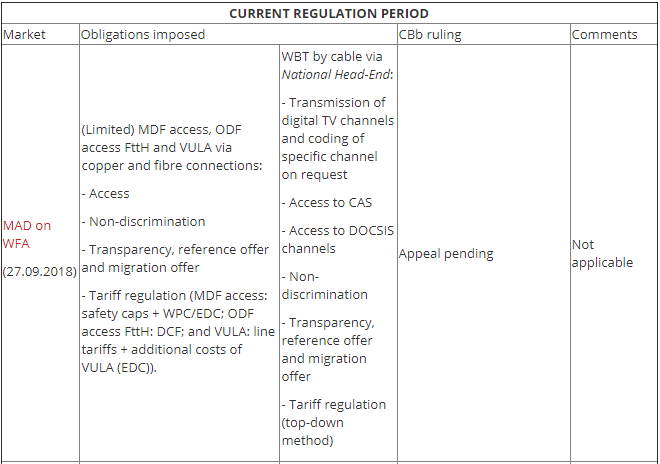 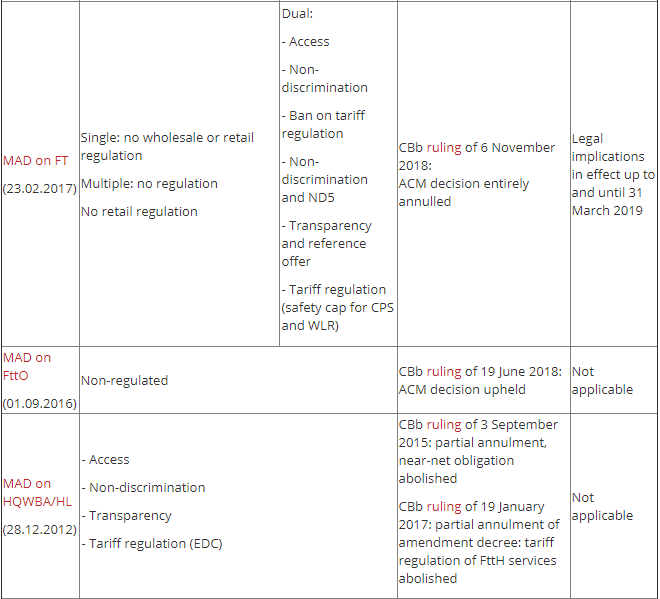