Cross-Border Insolvency in Switzerland: Amendments to the Law as of 1 January 2019 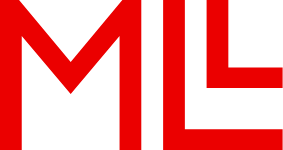 The most relevant changes are the following.

Until the end of 2018, in order for foreign insolvency proceedings to produce any effect in Switzerland, the foreign judgment by which insolvency proceedings are opened had to be recognized in Switzerland in dedicated recognition proceedings. Under the old law, it was required (i) that the foreign judgment was rendered at the place of the debtor's domicile, (ii) that it is enforceable in the state in which it was rendered, (iii) that there is no ground for refusing recognition, and (iv) that the state in which the judgment was rendered grants reciprocity.

The recognition of foreign insolvency proceedings has further been facilitated by the abolishment of the reciprocity requirement. Whether or not the state in which the judgment was handed down grants reciprocity was often very difficult to assess, in particular if the judgment was rendered in a state with regard to which there were no Swiss court precedents on the question of reciprocity. In order to demonstrate that the state in question grants reciprocity it was often necessary to rely on legal opinions, the obtaining of which can be expensive and time-consuming. The abolishment of the reciprocity requirement therefore results in a substantial and welcomed simplification in practice.

In case no secondary proceedings have to be conducted, the foreign insolvency administration is entitled to exercise all of the powers conferred on it by the law of the state in which insolvency proceedings were opened. It is in particular authorized to move assets of the debtor out of Switzerland, and it has the standing to sue in court proceedings. However, also under the new provisions it is not empowered to perform authoritative acts.

Further amendments of the law provide that it is no longer mandatory that creditors of a Swiss branch of the foreign debtor have to submit their claims in dedicated branch insolvency proceedings; instead, these creditors may submit their claims in the secondary insolvency proceedings, which avoids duplications and difficult delimitation questions. In addition, under the new law foreign judgments that have been rendered in the context of insolvency proceedings (such as judgments regarding claims for voidable preference) can in principle be recognized in Switzerland, which was not possible under the old law. Last but not the least, the revision set a legal basis for coordination between Swiss and foreign insolvency authorities.