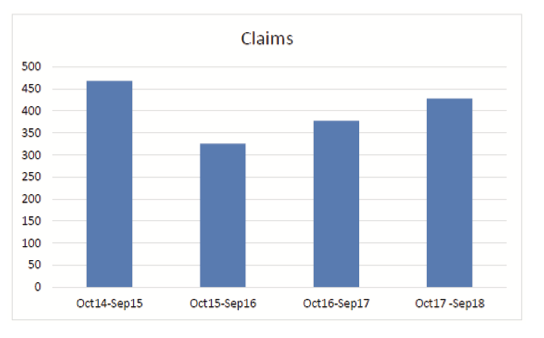 The Report notes that there has been an increase in the number of cases brought in the Central London Civil Justice Centre, up by 42% from 139 to 238. These figures do not include the cases heard in the regional TCC centres in Birmingham, Bristol, Cardiff, Leeds, Liverpool, Manchester and Newcastle. Here, the overall figures are largely unchanged with 257 cases being issued against 271 for the previous year.

The Report notes that a substantial number of cases continue to be settled shortly, or sometimes very shortly, before trial. During the year there were 241 trials listed at TCC, of which only 65 were eventually contested. This figure of 73% is consistent with the 78% figure reported for the previous year.

The Report also includes an analysis of the type of work carried out in the TCC, although the figures come with the understandable health warning that some cases lie on the borderline between categories and do not always take into account counterclaims. These figures are for the TCC in London and the Central London Civil Justice Centre only. The main categories are as follows:

There are a further 13 adjudication cases marked “other”. There are also a small number of IT and computer cases (9) and technology cases (6).