How could the failed enforcement of the SGAE arbitration award have been avoided? 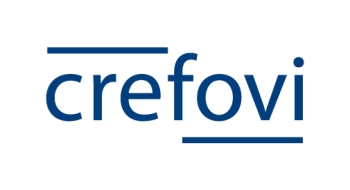 When SGAE concluded an arbitration, in July 2017, to decide a dispute between it and major and indie music publishers, everybody thought that the Spanish collecting society would walk the line and comply with the arbitration award. Not quite. Here is why, and how such outcome could have been avoided.

SGAE is the Spanish collective rights management society which has the authority to licence works protected by music copyright, and collect royalties as part of compulsory licensing or individual licences negotiated on behalf of its respective members. Like other copyright collective agencies, SGAE collects royalty payments from users of copyrighted works and distributes royalties back to its copyright owners.

Music users (those that pay the licence fees) include TV networks, radio stations, public places such as bars and restaurants. Copyright owners (those that receive the royalties) include music writers and composers, lyricists, as well as their respective publishers.[1]

On 19 July 2017, an arbitration panel from the Mediation and Arbitration Centre of WIPO decided a matter in dispute between major and independent music publishers BMG, Peermusic, Sony/ATV/EMI Music Publishing, Universal Music Publishing and Warner/Chappell Music, as well as AEDEM (i.e. a collective of over 200 small and medium sized Spanish music publishers), on one side, and SGAE, on the other side.[2]

While the award drafted by the three WIPO arbitrators, published on 19 July 2017, was binding, CISAC, the international confederation representing collective copyright management societies in over 120 countries, decided to temporarily exclude SGAE from its roster on 30 May 2019 because SGAE was not in compliance with the terms of such award.[3] This bold move highlighted that, despite the binding WIPO award, SGAE had failed to comply with its obligations and promised reforms, as these were set out in the arbitration award.

How could the failed enforcement of the SGAE arbitration award have been avoided?

1. Why was an arbitration done, and why was an award published as a result of it?

In June 2017, Spanish police raided SGAE’s Madrid offices, an operation that heralded another chapter in the continuing corruption saga of the troubled, yet powerful, copyright collection organisation[4].

The police searched the SGAE headquarters as part of an investigation aimed at various members of SGAE and employees of several Spanish television stations. The agents were looking for documentation related to “the creation of low quality music and registration of false arrangements of musical works which are in the public domain”.

After the music was going through that laundering process, it was registered in the name of “front men” and publishing companies owned by the Spanish TV stations themselves, such as Mediaset, Atresmedia and TV3.

The purpose was to broadcast it on late night programs, on various television stations in the early hours of the morning, at a barely audible level, generating copyright royalties. This scheme is known as “la rueda” (the wheel) and it sparked other schemes, at SGAE.

In addition to these criminal proceedings, on 19 July 2017, a WIPO arbitration panel decided a related matter in dispute between major and indie publishers, on one side, and SGAE, on the other side.

Indeed, while SGAE tried to remedy the problems caused by this endemic corruption within its ranks, and the subsequent “creative” schemes put in place by some of its members, by entering into a gentlemen’s agreement with some TV broadcasters in Madrid more than a decade ago, and then by entering a Good Practices Agreement with Mediaset (Telecinco) and Atresmedia (Antena 3) in 2013, these agreements were deemed anti-competitive and an abuse of SGAE’s dominant position, by the Spanish competition authorities. Very much to the liking of a number of TV operators and songwriters involved with night time music, who had raised such challenges before Spanish competition authorities, the latter found that SGAE was interfering with the freedom of the broadcasters to use the music of their choice, and subsequently that these agreements violated competition law[5].

While, inside SGAE, publishers board members tried to change the distribution rules by board vote a number of times, their efforts were blocked by a number of SGAE board members who write music used for “la Rueda”.

Exasperated, music publishers not owned by TV broadcasters sued SGAE in court over the Wheel and SGAE distribution rules. As the case was proceeding slowly, the publishers and SGAE instead agreed to submit the matter to a binding arbitration before a WIPO arbitration board of three arbitrators.

Please note that no TV broadcasters were parties to the arbitration because they declined to participate in it, after being contacted by the arbitrators to take part.

2. What was the outcome of the arbitration? What did the WIPO arbitration award have in store, for SGAE?

After considering the evidence, the three WIPO arbitrators decided:

The WIPO arbitrators also made the award fully binding, setting out that neither broadcasters, nor other individuals or companies, could cancel their decision.

Also, the WIPO arbitrators set out in their award that the competition authorities could not be able to cancel it because this award does not impact a broadcaster’s ability to decide what music to play or who owns the music it plays. The arbitration award merely relates to the rights to a distribution from SGAE and, therefore, only impacts its members.

3. Why was the SGAE arbitration award not enforced properly? What could have been done to ensure such timely enforcement?

Yet, the arbitration award, as well as the ongoing criminal investigation relating to the fraudulent registration of works, do not seem to be enough so trigger the necessary changes needed to clean up the act of Spain’s sole collective music copyrights management society.

Indeed, despite the WIPO award expressly requesting that SGAE should cap distributions to broadcasters-publishers at 15% of the broadcasters’ licence fees paid, the SGAE board of directors decided to increase such cap to 20% in May 2018. Altogether, in June 2018, the SGAE board decided to go back to the way it was operating before the publication of the international award, with TV broadcasters-publishers able to receive their share of distributions, which could amount to 70% of the licence fee paid by the TV broadcaster[7].

Consequently, in an unprecedented move, CISAC, the international confederation representing authors’ societies in over 120 countries, decided to temporarily exclude SGAE from its board, during its general assembly held on 30 May 2019[8].

This is because the requested reforms, set out in the arbitration award, were still not implemented by SGAE, two years further to the award’s publication date, with “la Rueda” still being a thing.

While the SGAE saga is definitely a festering and endemic issued, several action steps could have been taken, by the three WIPO arbitrators as well as the co-claimants to the arbitration, to avoid the arbitration award being ultimately ignored by SGAE’s board of directors and management.

Firstly, it was a mistake to not have any of the Spanish TV broadcasters act as parties to the arbitration and its resulting award. Indeed, since these TV channels and their publishing companies are the main culprits of setting up these fraudulent schemes at SGAE, the arbitration decision had to involve them, and be binding on them too, to become fully enforceable and efficient.

Thirdly, some fining mechanisms, and other strong incentives for SGAE to comply, should have been set out in the arbitration award, with clear deadlines and metrics by which the various requested reforms must have been implemented. Failing this, SGAE and its dishonest employees would keep on doing business as usual, bolstered by some of its directors and members sympathetic to the arguments made by Spanish TV broadcasters and their publishing companies. In other words, the penalty mechanisms should have been far more stringent, and expensive, for SGAE, in case it did not implement the requested reforms set out in the arbitration award, in a timely manner.

Finally, when some rumours started erupting in 2018, that SGAE was not complying with its obligations under the 2017 arbitration award, the group OPEM (made up of major and independent music publishers), as well as the group AEDEM (made up of Spanish independent music publishers), parties to such WIPO arbitration as co-claimants, should have immediately used the provisions of the New York Convention on the recognition and enforcement of foreign arbitral awards 1958 – to which Spain is a signatory since May 1977 –, as well as the enforcement mechanisms set out in such award, to obtain the swift recognition and enforcement of the WIPO award in Spain, by SGAE. It’s all very well to spend time and energy coining a forward-thinking arbitration award, but if it fails to be enforced, then its value and impact are severely limited, at best.

To view all formatting for this article (eg, tables, footnotes), please access the original here.
Crefovi - Annabelle Gauberti
Back Forward

The Bank of Italy's response to Brexit