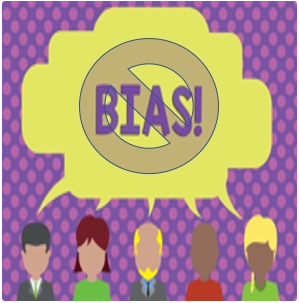 Ms. Gray, if you were selected for this jury, do you believe that your experiences or views would bias you in any way against my client?

There is a predictable answer from Ms. Gray: No, I would not be biased, or I feel that I would be able to set aside that bias and not let it influence my decision. That is a predictable answer because, after all, jurors and other humans like to see themselves as fair-minded and reasonable. Fair-minded and reasonable people aren’t biased, or are at least able to temporarily conquer that bias when an authority figure like a judge asks them to. Part of the motivation for that response lies in the word “bias” itself. For a neutral decision-maker, a “bias” is a contamination, a mistake, a defect. And within the formal and hallowed confines of the courtroom, everything about the situation says that “bias” is something that doesn’t fit.

In that context, the word “bias” itself cues the potential jurors to the response that it is something they shouldn’t have or shouldn’t admit to. The concept is legally relevant, though. A bias that would prevent a juror from being able to base their decision solely on the evidence is, after all, the standard for making a challenge for cause. For that reason, the pull to use the law’s magic word can be strong. However, it is worth it to make the effort to get at the same meaning using other words that don’t cue the potential juror toward the socially desirable answer. In this post, I will share my thoughts on the problems with “bias” and share some alternate formulations.

Bias Is a Four-Letter Word

A few years ago, after writing a post about the inevitability of some forms of bias, I received a very angry email from from a lawyer in St. Louis. I was talking about attitudes, he wrote, not biases. Something that he took to be a correct opinion could not be a bias, and I was insulting my readers by calling it a “bias.”

After a bit of correspondence, it soon became clear to me that he was reacting to that word solely within a negative frame. Particularly, within a legal context that prizes fair judgment, a “bias” is not just an aspect of human perception; it is a mistake, an absence of good faith and an indictment.

If we think that way, we can hardly expect jurors to be open about admitting bias. It is also important to bear in mind that social scientists do not see bias in these negative terms. According to one site for psychology students, “A Bias is a general pattern or tendency to think a certain way. It is essentially a quick route our brains can use in order to make decisions quickly. Biases can be practical and common (such as avoiding a dangerously shaky bridge), but sometimes negative biases can develop as well.” In other words, biases are shortcuts, they’re regularly used, and they are neither positive nor negative until they are applied in a specific situation.

That said, you can’t expect potential jurors to reform their understanding of the word during the course of voir dire. It is better to use other words that describe rather than evaluate.

There Are Better Alternatives

How would it affect you?

Can you describe the influence that might have on you?

Do you think you would inevitably be thinking about that on at least some level as you hear about this case?

Can you tell me more about how that experience could be on your mind as you evaluate the similar situation at the heart of this case?

How easy or how difficult would it be for you to set that experience aside and keep it out of your mind?

How likely or unlikely do you think it is that you could just bracket that out?

In other words, instead of talking about “bias,” talk about influence on thinking.