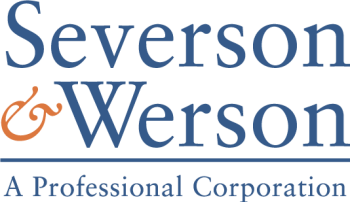 In Bank of Am., N.A. v. Byrd, No. G056792, 2019 Cal. App. Unpub. LEXIS 7176 (Oct. 28, 2019), Bank of America, N.A. (the Bank) sued Pamela K. Byrd to recover over $32,000 in credit card debt. The trial court found the Bank’s last credit card statement to Byrd constituted a final rendering of the account, and Byrd impliedly agreed to pay the amount claimed by failing to dispute the statement or charges. Byrd asserted the last credit card statement cannot create an account stated because a “least sophisticated debtor” would not understand it was a final rendering of the account. She also asserted the trial court erred in admitting the Bank’s monthly credit card statements under the business records exception to the hearsay rule. The Court of Appeal rejected both arguments. As to the Account Stated issue, the Court of Appeal held:

The Court of Appeal also held that the billing statements were properly admissible:.

Byrd makes a series of arguments based on the testimony of the Bank’s custodian, Katie Hickey, asserting Hickey was not qualified to testify and the records lacked indicia of trustworthiness. Hickey’s testimony, however, is not part of the record. Byrd relies on her trial counsel’s description of that testimony in Byrd’s posttrial brief, but statements in briefs are not evidence. (In re Zeth S. (2003) 31 Cal.4th 396, 414, fn. 7.) In the absence of a reporter’s transcript, we must rely solely on the trial court’s description of Hickey’s testimony in the statement of decision. That description discloses no abuse of discretion in the court’s decision to admit the Bank’s monthly statements. According to the court, “Hickey’s testimony about her work at Bank of America demonstrated she was a qualified witness to testify to the identity of Exhibit 4 and its mode of preparation, and she adequately laid the foundation for the admission of Exhibit 4 as business records, including through her testimony about the electronic creation of the documents, the printing of the documents, her recognition of the documents, and the preparation of the documents in the regular course of business. Cal. Evid. Code § 1271; see also Jazayeri v. Ma (2009) 174 Cal.App.4th 301, 322 (‘The witness need not have been present at every transaction to establish the business records exception; he or she need only be familiar with the procedures followed . . . .’).” On this limited record, we have no grounds to question the trial court’s findings on Hickey’s qualifications or the trustworthiness of the monthly statements. We also note “[a] qualified witness need not be the custodian, the person who created the record, or one with personal knowledge in order for a business record to be admissible under the hearsay exception. [Citations.] [¶] We are especially mindful that ‘[a] trial judge has broad discretion in admitting business records under Evidence Code section 4 Byrd’s briefs also improperly cited to unpublished California Court of Appeal cases, referenced facts not in the record, and failed to provide record citations. 10 1271.’ [Citation.] Moreover, the criteria for establishing that a document is subject to the business records exception to the hearsay rule may be inferred from the circumstances. [Citation.] ‘Indeed, it is presumed in the preparation of the records not only that the regular course of business is followed but that the books and papers of the business truly reflect the facts set forth in the records brought to court.'” (Unifund,supra, 243 Cal.App.4th Supp. at p. 8.) Credit card statements are prepared daily, and even if a credit card statement includes mistakes, “‘such matters may be developed on cross-examination and should not affect the admissibility of the statement itself.'” (Id. at p. 9) On this limited record, and with these authorities in mind, we find no abuse of discretion in the court’s ruling on the admissibility of the monthly statements.