Project Trusts in the construction industry - The KISS Method

What is KISS and how does it help when explaining Project Trusts?

I am a great believer in adopting the KISS strategy when writing my articles. I am forever reminding myself to ‘keep it simple stupid’ when explaining things, especially around Project Trusts. The fact that I am not a lawyer normally makes this approach an attractive option that I can easily adopt.

Am I saying that industry parties should ‘Kiss Trusts’?

Well some Subcontractors that have fought for the introduction of a Statutory Trusts regime in QLD may well feel this way. Other affected parties who have been fierce opponents of Trusts may feel very differently! However, this article does not focus on whether Trusts are good or bad for the industry. We all will have plenty of time in the future to accesses the effectiveness of Trusts in terms of improving SOP outcomes.

The heading reflects a fundamental belief of mine in how I go about writing articles for the benefit of contractors, workers, suppliers and other industry parties directly affected by Government regulation.

So to be clear, this is me, reminding myself as stupid, to keep things as simple as possible.

In my view, KISS writing is the hardest form of writing. Even as a non-lawyer, I could churn out many more articles if I was content to explain complex and difficult things in very formal and conventional terms, but therefore not capable of being easily understood by the average Joe. However, breaking down “complex legislative schemes, such as this one ……………..”, (new Project Trusts regime) as stated by the Government in relevant Explanatory Notes, in simple but accurate means, has for me proven to be the most difficult article writing task I have ever undertaken.

Furthermore, the fact of the matter is that ALL legislation is:

Surprise, surprise, the information disseminated to the general public is to varying degrees, legally focused.

However, legislation developed, debated and then extensively commented on in this ‘legal bubble’ means that the average industry punter in many instances has no UNDERSTANDING on how it will impact them because of the heavily based legal language used. A lot of commentaries I see of this nature are ‘double dutch’ to the average worker, supplier or contractor. In other words, the language used cannot be understood by these parties.

Of course, these parties can and should in many instances seek advice from specialists, excellent construction lawyers, like we have at Helix.

However, if someone like me, who has spent my entire working life of 50 years, breaking down legislation and simply and accurately explaining it in general terms to affected parties, was on the blink of hosting a white flag up and acknowledging that this approach just could not be done concerning Trusts, then I think this confirms, in my mind anyway, how complex and indeed unwieldy this legislation is.

In my view, the general basis of a far-reaching and disruptive legislative initiative such as this Trust regime must be capable of being explained to affected parties without them having to get a lawyer on the phone.

I am talking about a high-level understanding of the regime.

However, I persisted and it will be up to others to judge whether I have managed to do a KISS article on Project Trusts.

A note regarding a ‘tactic’ I have employed in writing this article. I will repeat some crucial information, slightly differently, as a means of hopefully, readers gaining an understanding of important aspects of the new Project Trusts regime.

There are two types of Trust Accounts under the Building Industry Fairness (Security of Payment) Act 2017(BIFA) Trust Account framework: 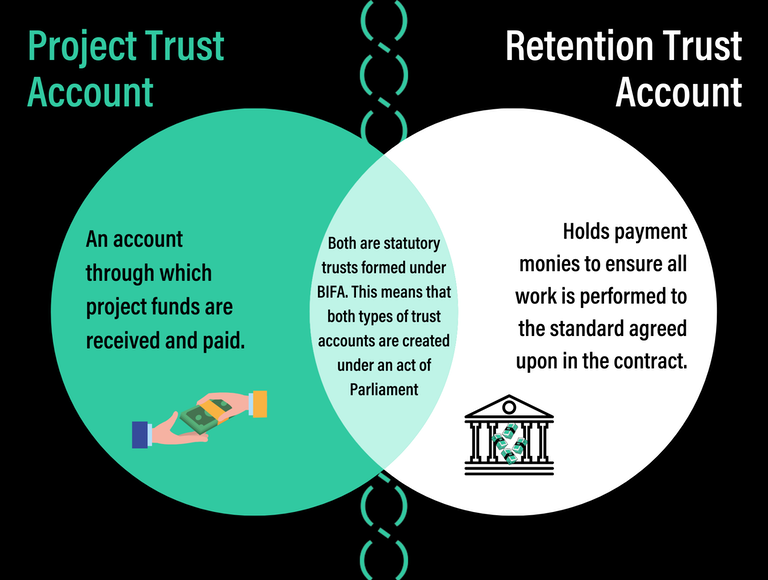 There are two very important aspects of both these Trusts, namely who is the Trustee and who are the beneficiaries. I will discuss these elements in detail later in this article.

In this article, I will only be addressing Project Trusts.

What are Project Trusts?

I will explain later what is an eligible contract because it is somewhat complex but we will now address the definition of contracting party and contracted party.

The contracting party is the party to an eligible contract for whom the contracted work is to be carried out for.

The contracted party is the party required to complete work under the eligible contract, whether by:

From this point onwards: 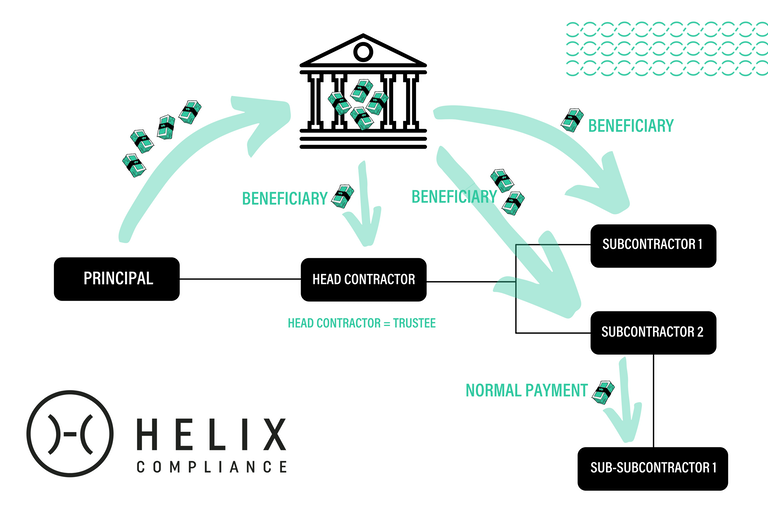 Now back to the normal situation.

The Project Trust account is separate from the Head Contractor’s personal or business accounts.

Let’s go over this again saying it slightly differently!!

Let’s pause and go over some very important points I made above.

A Subcontractor’s beneficial interest is an amount they are entitled to be paid.

For the Head Contractor as a beneficiary, the amount held in Trust after subtracting all amounts Subcontractors are entitled to be paid.