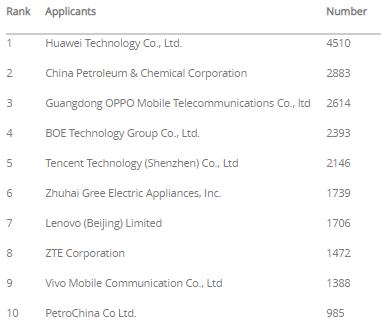 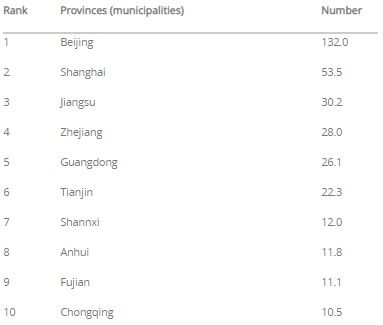 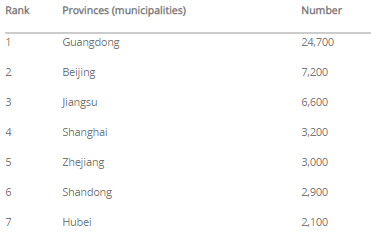 The number of trademark application filed with CNIPA in 2019 was 7.837 million, and 6.406 million trademarks were registered. By the end of 2019, the total number of registered trademarks had reached 25.219 million, with a year-on-year increase of 28.9%.

In 2019, totally 8.253 million trademark applications were concluded, and the average pendency of examination had been reduced to 4.5 months.

In 2019, the total value of import and export of IP royalties reached 37 billion U.S. dollars. The total amount of patent and trademark pledge financing reached 151.5 billion yuan, with a year-on-year increase of 23.8%.

Intellectual property was playing a more and more important role in building a sound and stable environment for business development and modernization of the country. The government persisted in improving the quality and efficiency of IP examination. The pendency for high-value patent applications shrunk to 17.3 months and the average pendency for trademark applications was curtailed to 4.5 months in 2019. User satisfaction index on patent examination quality reached 84.8. The government spared no efforts to build a fair and prosperous business environment, to establish a higher level of IP protection system, making the intellectual property rights as the driving force of innovation and economic development.