On July 19, the Canadian Securities Administrators (CSA) announced that changes to Form 45-106F1 Report of Exempt Distributions (Form 45-106F1) are expected to come into effect on October 5, 2018. As we discussed last year, the changes are intended primarily to address concerns that institutional investors are excluded from offerings by foreign dealers because of the headache-inducing nature of the information and certification requirements in Form 45-106F1. 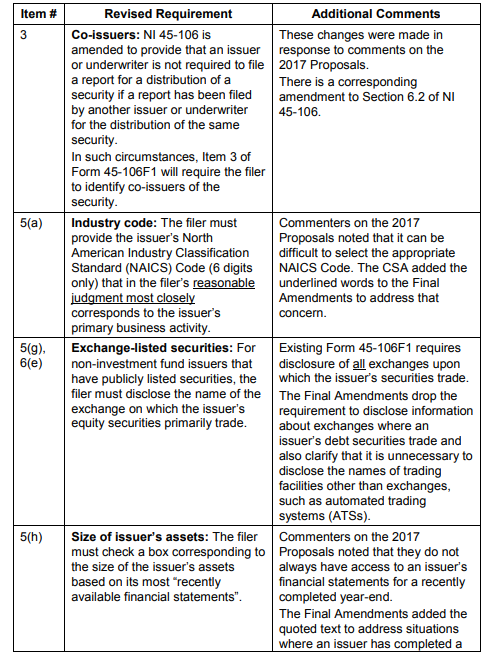 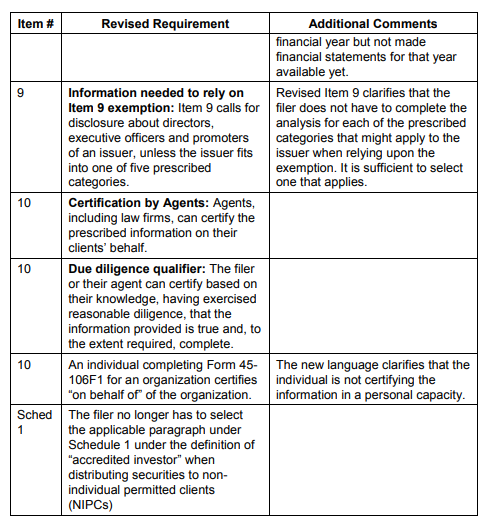