The financing environment for startup companies in the technology sector has changed substantially over the last few years. As evidenced by findings in CB Insights’ latest report, The 2020 Tech IPO Pipeline, tech companies have raised more funding than ever before by accessing the private venture markets. These startups reach unicorn status well before completing an initial public offering or other exit. 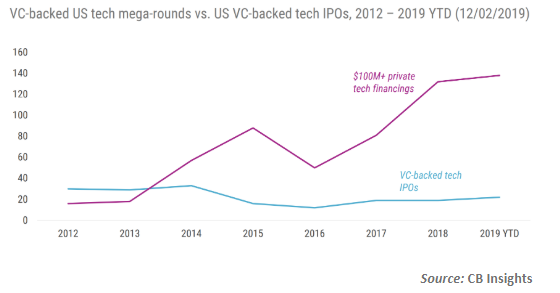 The volatility associated with next year’s U.S. election is anticipated to limit the window for companies, in and out of the tech sector, to complete an IPO. This will likely continue the trend of companies raising funds through the private markets, and also considering alternatives to the IPO, such as a direct listing or M&A transaction.