The Museum of Modern Art in New York has been using the term MOMA and MoMA as its mark since 1929. It not only displays modern artworks, but it also hosts various restaurants and cafes. A small matcha tea café and exhibition space opened on the lower east side of Manhattan using the MoMaCha mark. When the café refused to comply with the Museum’s demand for a change of name, the Museum filed suit in the U.S. District Court for the Southern District of New York. 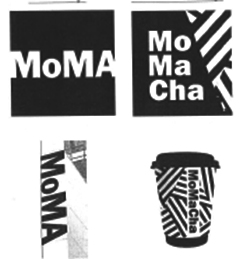 The complaint alleged that the Museum’s marks are famous and that the defendants willfully intend to infringe and dilute that mark, “perhaps even hoping for some free publicity when MoMA inevitably takes additional steps to stop this blatant infringement.” In addition, defendants were said to display modern and contemporary art and to offer café services, all of which the Museum does.

The defendants reportedly said that they adopted their name after an attorney conducted a trademark search, that the Museum’s marks are not that distinctive, and that the defendants have “bent over backwards” to avoid confusion by, among other things, putting a disclaimer message across all social media accounts that it is not affiliated with the Museum. However, defendants changed their mark to all capital letters in a different font.

The Museum moved for a preliminary injunction, and U.S. District Judge Louis L. Stanton issued a preliminary injunction barring the defendant from continuing to use its name, logo and URL until the proceedings are completed. Thereafter, the defendants changed from MOMACHA to MAMACHA, substituting the first letter “O” with the letter “A”, but the Museum has also asserted its objection to the new name.