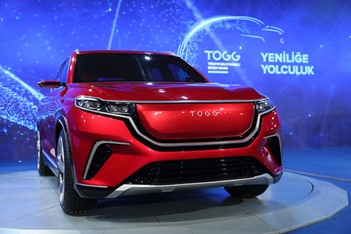 In addition to government incentives to promote the Turkish e-vehicle market, including a special consumption tax (ÖTV) reduction for electric and hybrid vehicles and a new legal regulation for e-scooters, 2020 was a pivotal year for the Turkish e-vehicle industry and its first domestic vehicle brand - the Turkish Automobile Joint Venture Group (TOGG), consisting of conglomerates Zorlu, Anadolu Group, Turkcell, etc. This article focuses on the TOGG electric vehicle project and the sustainability of the Turkish EV market.

Many countries have announced goals related to zero emission targets and electric vehicles. Norway aims for 100% of cars to be either electric or hybrid by 2025, and the Netherlands has announced plans to ban petrol and diesel vehicles. In Germany, internal combustion engines will be banned by 2030. Similarly, France and the UK said they will end the sale of petrol and diesel cars by 2040. France hopes to become the European leader in the production of electric vehicles with an annual production of 1 million electric and hybrid vehicles by 2025.

According to the Automotive Distributors Association, 223 electric vehicles (excluding hybrids) were sold in Turkey in 2020 - a 104% increase compared to the first eight months of 2019. There was also an increase in hybrid vehicle sales, which reached around 9,000 in the first eight months of the year. Although this shows an encouraging upward trend for electric and hybrid vehicles, the picture changes when hybrid sales are compared to vehicles that consume other fuel types.

In 2011, Prime Minister Recep Tayyip Erdoğan raised the idea of a Turkish electric car and called on business leaders to take up the task and establish the country's first domestic electric vehicle brand. At the beginning, however, no prominent industry leaders were willing to take on this difficult task.

Then in 2015, the Turkish Ministry of Industry and Technology announced the purchase of the industrial and intellectual property rights for the SAAB 9-3, with the aim of using this design platform for a Turkish vehicle brand to be developed by the Ministry and manufactured by the private sector. After an investment of 40 million euros and two years of work, the government announced that the project and a new Turkish EV were underway.

In the same year, the government announced that the new vehicle would be produced through a partnership of the following private companies: Anadolu Group, BMC, Kök Group, Turkcell, Zorlu Holding and the Turkish Chamber of Commerce and Commodity Exchanges (TOBB).

One of the first TOGG prototypes is the C-SUV model (in the photo). In addition to this model, TOGG aims to develop electric, autonomous and connected vehicles with mobility ecosystems and reduced emissions. According to the plan, the production plant in the city of Bursa is to be completed in 18 months, with the first vehicle coming off the production line at the end of 2022. The plant's maximum production capacity is expected to reach 175,000 vehicles per year, with a total of 1 million units of five different models to be produced by 2030.

A key element for TOGG's success will be its supply chain and the local share of the brand. TOGG's intellectual and industrial property rights will belong to Turkey. The local content share will be 51% and about 78% of the suppliers will be Turkish. In terms of design, the TOGG design team, led by designer Murat Günak, has entered into a strategic partnership with Italian car designer Pininfarina.

In addition, the company's CEO is Gürcan Karakaş, the former senior vice president of the Bosch Group. On 27 December 2019, the day of TOGG's official launch, President Erdoğan's office issued a decree granting state incentives for the establishment, development and production of TOGG and the construction of the production facility. The incentives included exemption of TOGG from paying customs duty and VAT, VAT refund, 100% tax deduction, support for employers' social security contributions for up to ten years with no cap, support for income tax withholding for ten years, support for qualified personnel (maximum TRY 360 million), support for interest and profit sharing, and a guarantee to purchase 30,000 units by 2035.

As the incentives, the detailed plan, the profile of the contributors and the seriousness of the project show, it is expected that TOGG will be successful. President Erdoğan has stressed the importance of the project and pledged full state support to complete the project "one way or another". According to the CEO of TOGG, the project will bring up to US$50 billion in investment and business to Turkey and directly employ 5,000 people, with total employment from the development expected to reach 20,000 jobs.

The most recent development of the project took place in December 2020 with the signing of a construction contract between TOGG and Yapı Merkezi Holding for the Gemlik plant, which will be a production facility of TOGG. Construction of this plant will begin in January 2021 and is expected to start producing vehicles before the end of 2022.

The international market for electric and hybrid vehicles has developed impressive momentum in recent years, fuelled by environmental concerns, an increased awareness of the importance of environmental sustainability and an understanding of the long-term economic benefits of the industry. In the past, the Turkish market for electric vehicles was rather small compared to other countries that have more advanced electric vehicle infrastructure. Despite the failure in the past to close this gap, the launch of TOGG represents a major leap forward for Turkey. The public and private partnership launched by TOGG could make Turkey a major producer of electric hybrid and autonomous vehicles, reduce economic dependence on foreign countries and help Turkey tackle environmental problems such as carbon emissions.