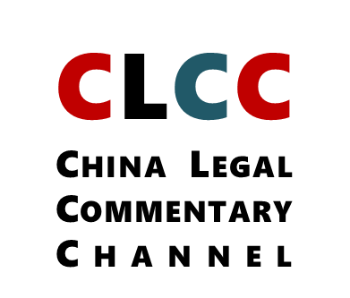 Extradition Hearings are not Criminal Trials

Hearings on extradition requests from foreign countries are not the same as criminal trials.[1] They are not designed to pre-determine the validity of criminal charges, let alone pre-assess guilt or innocence. A general presumption of trust between requesting and extraditing state exists and is stipulated as a governing principle in bilateral and multilateral extradition treaties. However, if judicial extradition hearings were mere formalities, they would indeed be obsolete. International law does place numerous formal and substantive fair trial obligations on an extradition judge, in particular to curtail the risk of handing over a potential victim of political persecution to his or her persecutors, but also to ensure that extradition treaties are generally performed “in good faith.” (Vienna Convention on the Law of Treaties, art. 27).[2]

Apart from persecution in requesting countries, a claim of politically motivated prosecution is another – and complex – question that a judge may encounter in an extradition case (see Morawa 2021[3]). This is different from persecution: the person to be extradited will not face torture or extrajudicial killing upon arrival and is not likely to be tried in an arbitrary fashion running counter to due process standards in the requesting country. Rather, there is a reasonable possibility that the extradition request and the underlying charges are an inseparable part of something ‘political.’ The term ‘political’ already suggests that we are speaking about a broad range of possible background facts that can taint an extradition request and challenge a judge.

International law recognizes that risk. The 1957 European Convention on Extradition,[4] for instance, excludes extradition for charges that are “regarded by the requested Party as a political offence or as an offence connected with a political offence” (Art. 3 (1)). The US-Canada extradition treaty[5] prohibits extradition if a “request has been made for the purpose of trying or punishing [someone] for an offense” of a “political character.” (Art. 4 (1) (c)). The Inter-American Convention on Extradition[6] adds “an ordinary criminal offense prosecuted for political reasons” (Art. 4 No. 4) as a barrier to extradition. What then is an offense that is ‘political’ or based on a ‘political reason’? Must we limit our inquiry to offenses that are themselves overtly political? Or could a charge become politically motivated and thus suspicious because of the context and circumstances of when and why it is brought? How deep and thorough must an inquiry of an extradition judge into the ‘political character’ of an extradition request be?

The handing over of individuals from one jurisdiction to another by means of extradition, deportation, removal, rejection at the border, or the like has triggered extensive litigation not only domestically, but in international courts and tribunals alike. Most of these cases concern claims of a risk of persecution which, in turn, usually happens for identifiable political reasons. The jurisprudence requires claimants to show that there are “particular personal circumstances which would indicate that he risks being subjected to” persecution (ECtHR, Ahorugeze v. Sweden, para. 90).[7] Case-law indicates that persons who are themselves quite a-political but are caught in a politically motivated campaign against opponents of the government, for instance, can claim protection against extradition (ECtHR, Dzhaksybergenov (aka Jaxybergenov) v. Ukraine, para. 37).[8]

Extradition requests must be made “in good faith [and] in the interests of justice,” as the Australian Human Rights Commission put it.[9] In turn, as the International Criminal Police Commission determined in 1951, “no request for provisional arrest for offences of a predominantly political … character, is ever [circulated] even if – in the requesting country – the facts amount to an offence against the ordinary law” (AGN/20/RES/11). The European Court of Human Rights explained the difference between overtly and covertly ‘political’ state action in Merabishvili v. Georgia,[10] para. 303:

There is a considerable difference between cases in which the prescribed purpose was the one that truly actuated the authorities, though they also wanted to gain some other advantage, and cases in which the prescribed purpose, while present, was in reality simply a cover enabling the authorities to attain an extraneous purpose, which was the overriding focus of their efforts.

Recognizing that state action challenged in court frequently would pursue a “plurality of purposes,” the European Court “introduce[ed] a criterion of whether the ulterior purpose, as compared to the Convention-compliant one, was predominant” (ECtHR, Navalny v. Russia, para. 165).[11] It later added: “precisely which purpose is predominant in a given case depends on all the relevant circumstances” (ECtHR, Azizov and Novruzlu v. Azerbaijan, para. 75).[12]

One international organization that deals with trans-border crime in particular, INTERPOL, has developed highly relevant jurisprudence in this regard. When assessing whether INTERPOL’s involvement in international law enforcement cooperation would breach art. 3 of its constitution – which prohibits “any intervention or activities of a political … character” – the Commission for the Control of INTERPOL’s Files applies the following test:

With respect to the assertion that the matter is of a political character … the Organization applies the predominance test, i.e., it evaluates all relevant information and pertinent elements … to determine whether the offense is of a predominantly political character (Request CCF/109/[…], para. 25, and others).[13]

It would thus appear that a predominance test could and should be used by a national extradition judge when determining whether a request is ‘political.’ Both human rights law and international law governing law enforcement cooperation make use of that test. The Inter-American Convention on Extradition prompts us to also consider possible prosecution “for political reasons” under this standard. It is now appropriate to turn to the question of the burden of proof in such determinations.

Shifting the Burden of Proof

The Strasbourg court’s case law guides us in this respect: “Which purpose is predominant in a given case depends on all the circumstances. … [A]s a general rule, the burden of proof is not borne by one or the other party. … [A] strict application of the principle … that the burden of proof in relation to an allegation lies on the party which makes it, is not possible, notably in instances when this has been justified by the specific evidentiary difficulties faced by the applicants. … [T]he Court routinely … asks … Governments to provide material which can corroborate or refute the allegations made before it. If the respondent Government in question do not heed such a request, the Court … can – if they do not duly account for their failure or refusal – draw inferences ... It can also combine such inferences with contextual factors” (Navalny v. Russia, paras. 307, 311, 312). INTERPOL’s Commission – which is not a rights-centered tribunal and has a “limited role” – similarly applies requirements of “convincing” and “sufficient” (Decision excerpt No. 13/2017, paras. 46 and 50)[14] to the evidence adduced by individual and state.

The question of a ‘political’ motivation of an extradition request is perfectly suitable for applying a tool that is used carefully and in a targeted manner in human rights law when an individual faces “evidentiary difficulties”: a limited and structured reversal of the burden of proof.[15] An early example of that now broadly accepted rule is the UN Human Rights Committee’s case of Hiber Conteris v. Uruguay:

In cases where the author has submitted to the Committee allegations supported by witness testimony, as in this case, and where further clarification of the case depends on information exclusively in the hands of the State party, the Committee may consider such allegations as substantiated in the absence of satisfactory evidence and explanations to the contrary submitted by the State party.[16]

Individuals opposing extradition will always be required to make a prima facie showing that objective facts pertaining to them individually raise suspicion that an extradition request is predominantly ‘political.’ The argument and evidence presented must suffice to show both that the offense and/or prosecution has a ‘political character’ and that that character is likely predominant. Circumstantial evidence can aid such a claim.

Such an approach would satisfy both the good faith requirements of international cooperation in criminal matters and the demands of human rights law.

Application of the Principles to Ms. Meng’s Case

This article is not the proper place to give a definitive answer to the question whether the charges against Ms. Meng could be considered ‘politically motivated’ within the context of extradition law. It appears, however, that the HSBC-related evidence she has introduced in the British Columbia Supreme Court aims to show that there was “no prima facie case of fraud on HSBC” (Applicant’s Amended Submissions,  June 9, 2021, p. 26, para. 69) since the management of HSBC was fully aware of all the pertinent facts of the commercial and financial transactions. Meng asserts that the evidence is “realistically capable of showing the manifest unreliability of aspects of the Requesting State’s case” (ibid.).

If so, the evidence does not directly prove that there was a ‘political motivation’ but rather supports a challenge of the predominance of ordinary law enforcement purposes underlying the extradition request. The European Court’s blunt statement that “it is not the purpose of such public-law matters as criminal proceedings and detention on remand to be used as part of commercial bargaining strategies” (Gusinskiy v. Russia, para. 76[17]) on the domestic plane will have significance if and as far as substantial flaws in the charging documents can be identified. Weighing all pertinent factors, as the European Court of Human Rights requires, including the “charges and underlying facts” and “the general context of the case” (Decision excerpt No. 13/2017, para. 13) in INTERPOL’s diction, that would tip the scales rather significantly in Ms. Meng’s favor and place the burden of proof on the prosecution.

Another aspect that the Canadian judge would have to consider is that the criminal matter against Ms. Meng relates to a sanctions regime implemented by the US government. Although the documentary sources are sparse, INTERPOL seems to apply two presumptions: (a) in case of UN Charter-based sanctions, charges “will generally not constitute an offence of a political nature” but, (b) unilateral embargoes “may be based on political motives of the prohibiting country [and constitute a] retaliatory measure against the boycotted country,” (INTERPOL Repository of Practice, 23)[18] and trigger heightened 2-step scrutiny.