Marine insurance and accidents in Russia 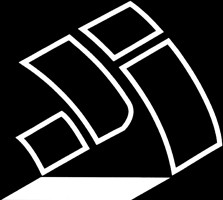 Collision and pollution What rules and procedures (under both domestic and international law) apply to the prevention of, liability for and remedy of:

Russia is a party to the Convention for the Unification of Certain Rules of Law with respect to Collisions between Vessels 1910, which was implemented into national legislation by Chapter XVII of the Merchant Shipping Code. Russia has also adopted the International Regulations for Preventing Collisions at Sea 1972.

(c) Other environmental damage caused by a ship?

What is the legal regime governing salvage and general average?

Rules relating to salvage are contained in Chapter XX of the Merchant Shipping Code and are based on the International Convention on Salvage 1989, which Russia ratified in 1998. Provisions of Russian legislation which govern the general average (Chapter XVI of the Merchant Shipping Code) are largely based on the 1994 version of the York-Antwerp Rules.

What framework governs access to places of refuge for ships in distress?

The status and activities of ports are regulated by a number of federal laws, including the Merchant Shipping Code, the Federal Law on Seaports and the Federal Law on Internal Sea Waters, Territorial Sea and Adjacent Zone. In accordance with the latter law, foreign ships (other than naval vessels and state-owned vessels involved in non-commercial operations) can enter Russian ports freely as long as such ports are open to foreign ships. However, in extreme situations, all foreign ships can enter Russian ports, provided that such entry is reported to the competent Russian authorities without delay.

What rules and procedures apply to the removal of wrecks in your jurisdiction?

Russia is not a party to the Nairobi International Convention on the Removal of Wrecks 2007. Issues relating to foundered vessels and other items considered as wrecks are governed by Chapter VII of the Merchant Shipping Code.

Under what circumstances can the authorities order removal of wreckage?

The competent authorities (ie, harbour masters of respective ports) are entitled to order removal of wreckage where it poses a threat to navigation, creates a risk to the marine environment or obstructs fishing activities, activities of the port or works undertaken in the port.

What maritime risks must be covered under the law and what is the mandatory level of coverage?

Russian law provides for obligatory insurance of a number of risks associated with merchant shipping:

What other risks are typically covered by marine insurance contracts concluded in your jurisdiction and what ships are insurable?

Standard hull and machinery, protection and indemnity, war risks and other risks are typically covered by marine insurance contracts, although there is no requirement in the law to insure such risks. The law also does not provide for any specific limitations or requirements in respect of insurable vessels; specific requirements are set by the insurers themselves.

What is the legal regime governing marine insurers’ subrogation rights?

Marine insurance contracts are governed by Chapter XV of the Merchant Shipping Code, as well as the general provisions relating to insurance provided in the Civil Code. The insurer that paid out the compensation becomes entitled to claim from a party responsible for causing the relevant losses to the extent of the paid amount and in an order which would apply for claims of the insured or the beneficiary.