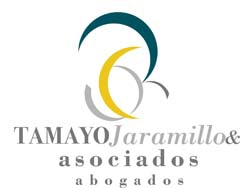 As has been already noted, during the first few years after the issuance of the Law on popular actions this mechanism was used abusively; therefore, this situation led the legislator to suppress the economic incentive that had been conceived for actors that were triumphant in their claims. Through the issuance of Law 1425 of 2010, the lucrative business that represented for some the filing of series of popular actions was eliminated leading to the achievement of apparently more laudable ends and thus controlling the exercise of the action. However, this situation was not easily accepted, and there were those who filed actions against the issuance of the Law since they considered that it presented an involution in the law, so a constitutionality claim was filed before the Constitutional Court. In this claim, the Court confirmed the Law's adjustment of the Colombian legal system.

Even more important have been the legislative changes in matters of jurisdiction, particularly in the case of those that, being directed against a state entity, are processed by the contentious-administrative courts. In consequence, when Law 472 of 1998 came into effect, these actions were processed in the first instance before the administrative courts of each judicial district and in the second instance, before the Council of State, the supreme court of administrative litigation. This ensured that, during the first years of the Law's validity, jurisprudential lines were created around the interpretation, application and scope of collective rights, a subject that until then had little development in Colombia. However, in 2006, the administrative courts began operating, so that claims concerning popular actions in the first instance - and, in some cases, also class actions - were filed before them, and second-instance knowledge was transferred to the administrative courts of each district, making jurisprudence more diffuse.

Considering the above, Law 1285 of 2009 established the mechanism for a review of judgments and some injunctions, handed down by the courts pertaining to the contentious-administrative jurisdiction to the Council of State, both in popular and class actions. This review seeks the unification of court rulings, as well as ensuring the effective protection of fundamental rights and the review of legality regarding the judgments of the administrative jurisdiction. However, this mechanism is not always effective because many of these procedures take years to decide, given the amount of matters to be resolved by the Council of State. In addition, the review is possible, not automatic, much less mandatory, and, finally, it only proceeds when it is proven that the judgment is contrary to what is normally decided by the courts in similar cases or when it is contrary to the established jurisprudence of the Council of State, which has led to few judgments being subject to review.

Moreover, not all rulings in popular and class actions are subject to review. Rulings that are appealable before the Council of State once the process is filed in the administrative courts, or those given by the administrative judges are not subject for review. Similarly, the judges of the Council of State do not review matters that generate new debates based on evidence or legality.

Nor are rulings susceptible to review delivered in popular or class actions that are processed by the civil jurisdiction. This is the reason why in this domain jurisprudence is diffuse.

We clarify that although the extraordinary appeal before the Supreme Court of Justice, which aims to unify court rulings in civil matters, is clearly applicable for class actions, according to the judgment by the State Council of 20 September 2018, this is still in debate for popular actions.

Indeed, Article 338 of the General Procedural Code, apparently by mistake, established that in popular actions the amount awarded with a conviction should not be considered in order to allow the appeal. Subsequently, Article 6 of Decree 1736 of 2012 corrected the aforementioned article, indicating that it referred exclusively to group actions, with which extraordinary appeal before the Supreme Court of Justice in popular actions had been ruled out. However, the ruling of 20 September 2018, issued by the State Council, declared Article 6 of Decree 1736 of 2012 void, so that Article 338 reverted to its initial regulation. Thus, there is currently no certainty about whether extraordinary appeal is possible in terms of popular actions, but, based on future decisions of the Supreme Court of Justice, this should be decided.

It is significant that over the past 20 years, the most relevant and frequently discussed issues in collective actions have been, among others, those related to the protection of the environment, the ruling on the pollution of the Bogotá River, judgment 01-479 of 25 August 2004, access for the disabled and the services provided for them in public places, the access to and provision of home public services and, finally, administrative morality in state contracting.