On Jan. 30, 2020, the Federal Reserve Board (“Board”) issued a final rule (to be published in 12 C.F.R. Parts 225 and 238) (“Final Rule”)[1] revising the Board’s regulations governing determinations of whether a company “controls” another company for purposes of the Bank Holding Company Act (“BHCA”)[2] or the Home Owners’ Loan Act (“HOLA”).[3] While the Final Rule is largely consistent with the Notice of Proposed Rulemaking issued by the Board in April 2019 (“Proposed Rule”),[4] it does contain certain modifications as further discussed herein. The Final Rule is effective April 1, 2020.

The Final Rule codifies much of the Board’s historical practice regarding control determinations, which did not appear in the Board’s regulations and, therefore, was primarily known only by experienced practitioners. As indicated by the Board:

However, under certain circumstances, the Final Rule also significantly expands the relationships and rights an investor could have while still being deemed noncontrolling.

Why Is Being Deemed Noncontrolling Important?

How Does the Final Rule Change the Level of Investment and/or Involvement Permissible for a Noncontrolling Investor?

However, under the Board’s recent historical practice applying the third prong, an entity possessing as little as 5% of any class of a second entity’s voting stock or 25% of its total equity (even if it does not hold any voting rights) could also be deemed a controlling shareholder, depending on its overall relationship with the second entity. The Final Rule provides increased flexibility in several areas that would allow noncontrolling investors to maintain increased total equity stakes and greater relationships without being deemed to be in control of an entity. The chart below provides a brief summary of the Board’s historical practice with regard to the major potential indicia of control and the changes contained in the Final Rule. It is important to note, however, that most of the lines drawn by the Final Rule are merely presumptions. Thus, the Board retains the discretion to find (after notice and opportunity for hearing) that a particular situation amounts to control based on the totality of the circumstances, despite the applicability of one or more presumptions of noncontrol. 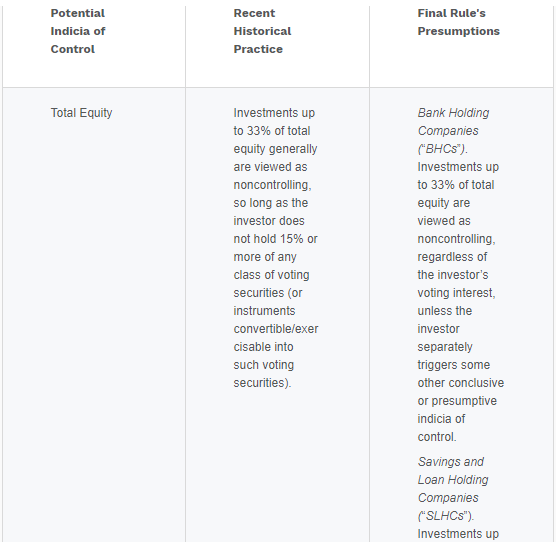 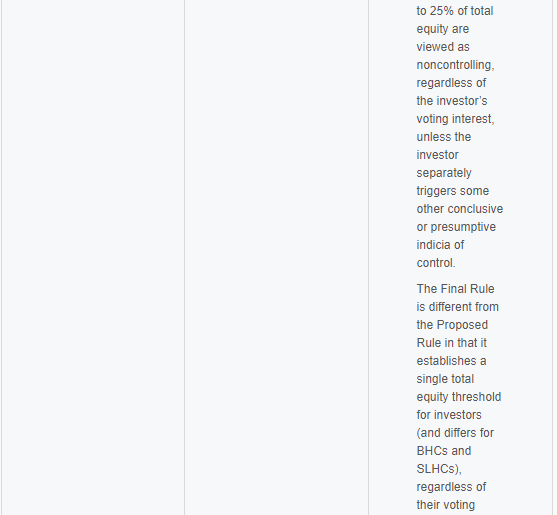 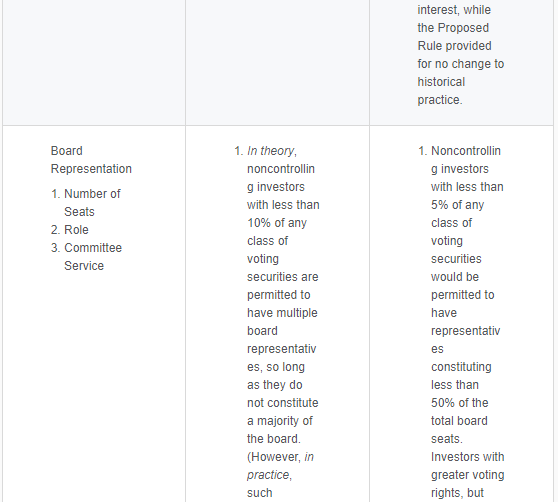 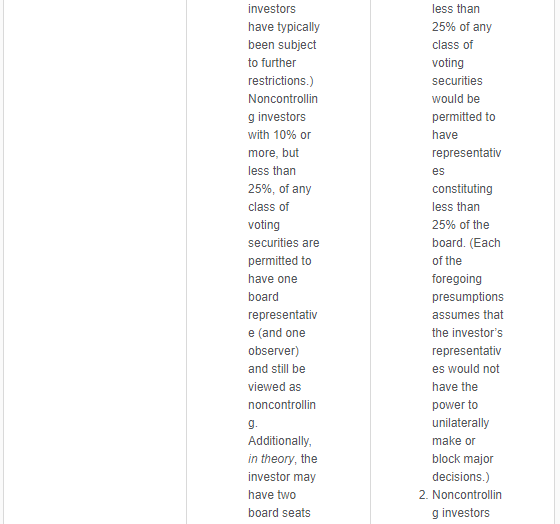 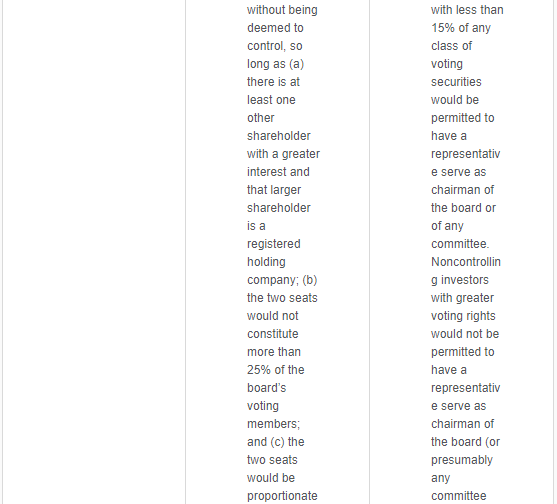 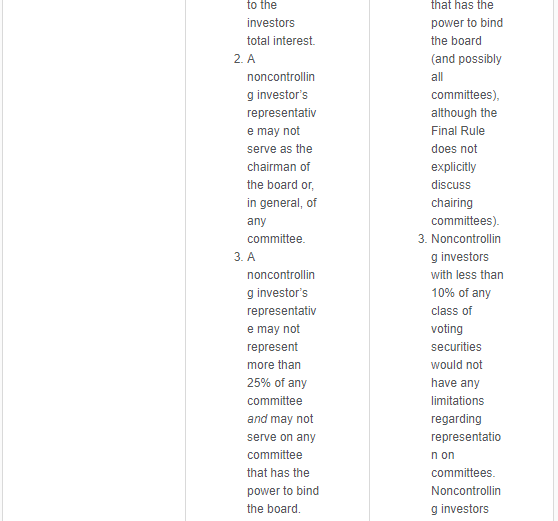 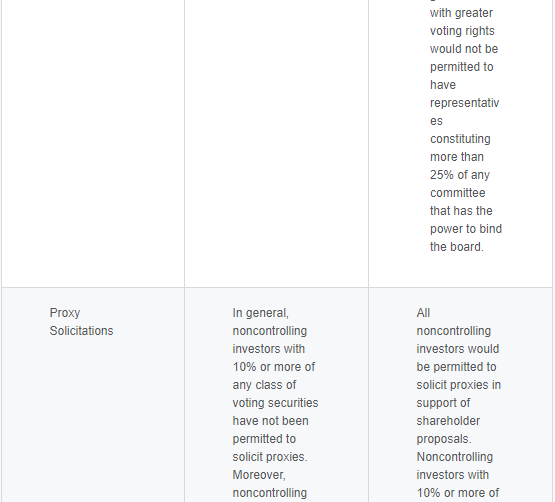 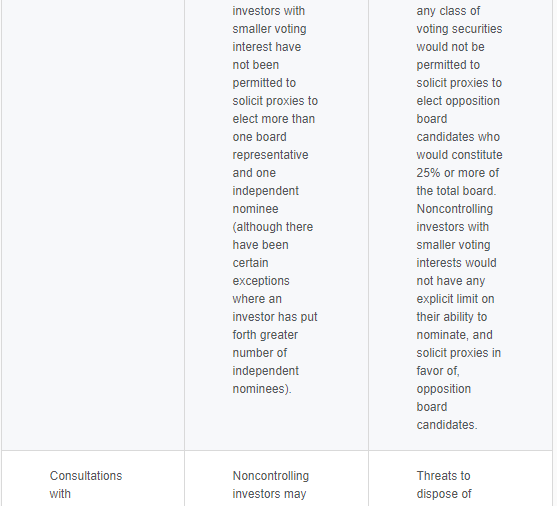 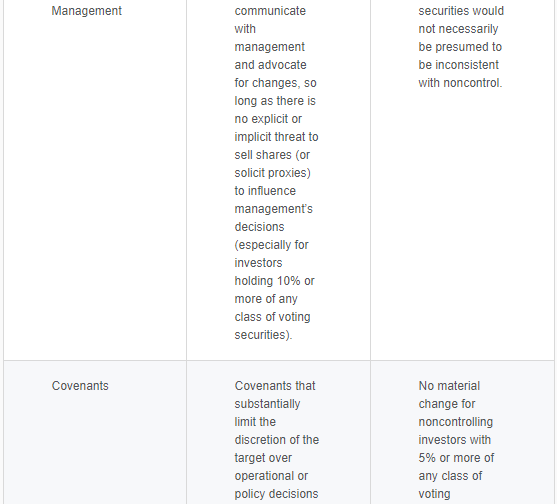 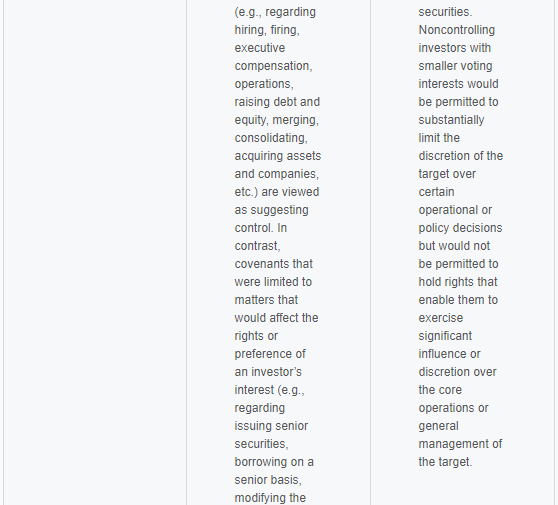 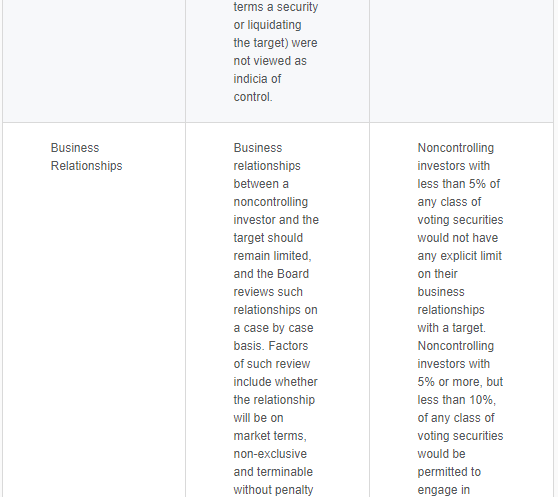 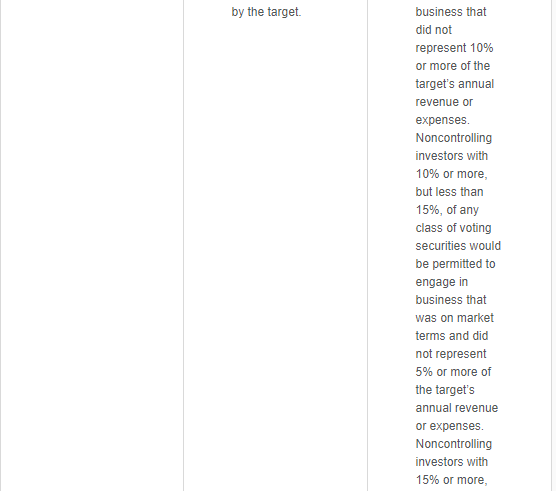 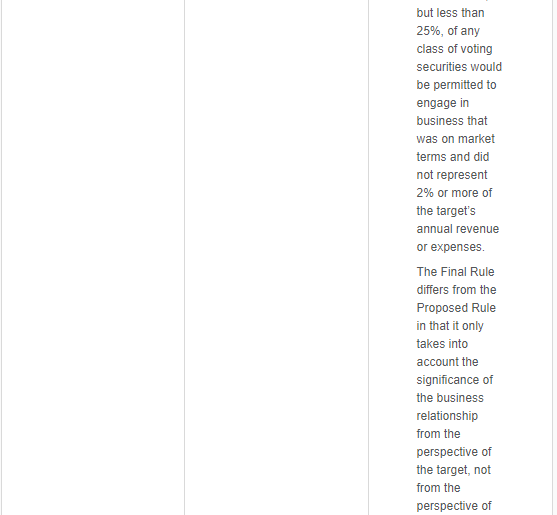 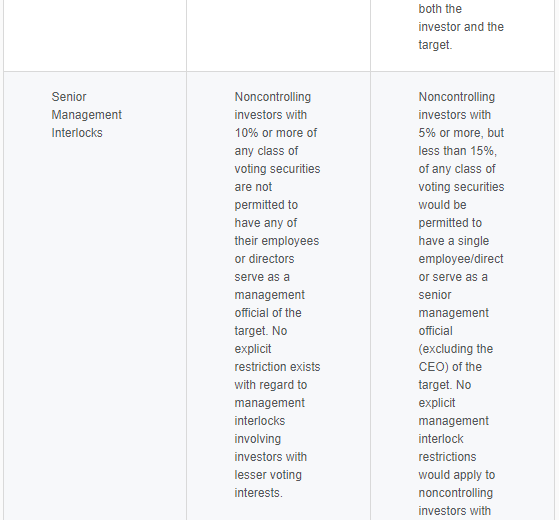