The rise of Chinese investors as claimants: what are the likely impacts on international arbitration?

In recent years, China has experienced unprecedented economic, military and diplomatic growth. China is now regarded as the number one economic superpower by the International Monetary Fund (IMF) on the basis of gross domestic product (GDP), surpassing the United States. Beginning with its accession to the World Trade Organisation, there have been a number of recent initiatives that have contributed to China’s prolific involvement in global trade and investment including:

China’s entry into international investment treaties has the dual benefit of signalling to the world that China is a safe place to invest, as well as providing Chinese outbound investors with the legal framework to protect their foreign investments.

This article explores the current and anticipated increase of Chinese investors as claimants in cross-border disputes and the cultural, legal, procedural and practical implications this has on international commercial and investor-state arbitrations.

Traditionally, Chinese parties have been reluctant to be involved in any formal dispute resolution proceedings. Fearing a loss of “face” in any formal proceedings, Chinese parties have instead relied on the often intricate relationship (guanxi) networks held with any prospective investor, or related to a business deal to achieve a negotiated outcome as an alternative to imposing the rule of law. In the past, when conducting international business transactions, Chinese parties were unaccustomed to the concept of Western-style litigation or arbitration, that going to a court or an arbitral tribunal to resolve a dispute was not thought of as a legitimate possibility. However, with the dramatic increase in China’s inbound and outbound foreign investment due in large part to China’s “Going Global” strategy, Chinese claimants are now familiar with the ins and outs of international dispute resolution. Chinese parties increasingly use international dispute resolution procedures to their advantage, either at the negotiating table or when commencing proceedings against foreign counterparties. 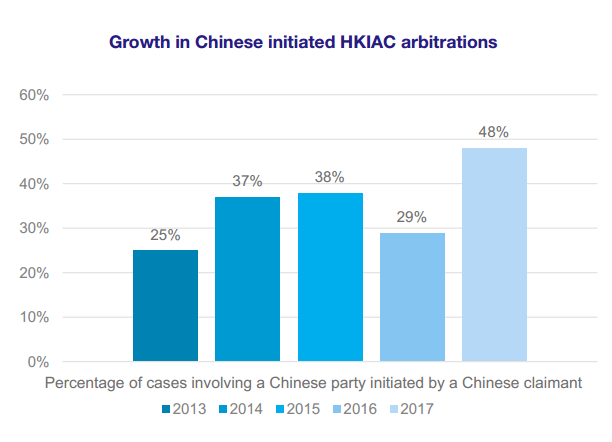 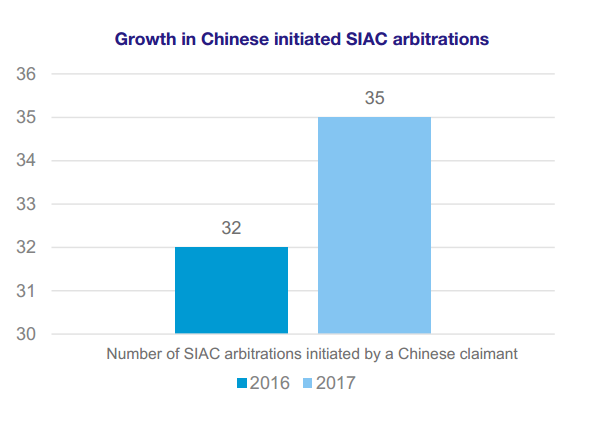 Although China has signed 145 bilateral investment treaties (BITs) and 22 agreements with investment provisions[5], there have only been a handful of international investment treaty disputes involving a Chinese party. It is reported that Chinese investors have only commenced five investor-state dispute settlement (ISDS) cases, with the first one initiated in 2007[6]. Unsurprisingly, the number of ISDS cases initiated against China is even fewer, standing at three cases[7]. Even though Chinese involvement in ISDS cases has been relatively low to date, all of this activity has taken place in the last 10 years and, consistent with China’s global and economic rise, this number looks set to rise in coming years. China’s ambitious BRI is likely to create an unprecedented number of opportunities for Chinese and non-Chinese investors in BRI-related projects.

This comes with the significant risk of unavoidable disputes due to political instability, hostile attitudes to foreign investment and differing legal traditions and expectations. It is anticipated that BRI-related disputes will see a dramatic increase in the number of Chinese parties involved in both international commercial and treaty arbitrations in the coming years.

Chinese commercial, legal, procedural and cultural practices and the conduct of international arbitrations

Unfortunately, Chinese parties involved in international commercial disputes unintentionally demonstrate similar behaviour consistent with concession or self-admission of fault, including but not limited to, lack of assertiveness during the early stages of negotiation or use of a modest or indirect tone when confronted with letters of demand and cooling-off notices, when in reality, there is no such intention. Rather, Chinese parties value cordiality and the maintenance of friendly relations, even in the conduct of dispute resolution and, as such, Chinese parties demonstrate a level of geniality which is generally uncommon in international commercial arbitration. In the majority of instances, this genial approach is misinterpreted by the other party, the arbitral tribunal, or the arbitration center (if any) as a sign of concession, or worse, an admission of fault.

Chinese commercial and culture practices can negatively impact the ability of Chinese parties to successfully navigate an international commercial arbitration. A common issue relates to the unfamiliarity or the lack of exposure some Chinese parties have with respect to more stringent standards of dispute resolution. Company employees, typically senior executives and/or managers of Chinese state-owned enterprises, may be reluctant to admit “mistakes” (either objectively classified as a mistake or subjectively believed to be so) for fear of occupational repercussions. Such mistakes could easily be revealed in the process of an international commercial arbitration. Despite the fact that wrongs may readily be discoverable, senior management may simply decide not to arbitrate a claim in order to save “face”. Furthermore, if arbitration does ensue, the lack of experience some Chinese claimants have with international arbitration may reflect negatively upon their individual cases, either because they are unfamiliar with the procedural rules or because they believe the rules and instructions are merely guidelines.

In addition, if English is the arbitration language of choice, as it most often is, Chinese parties may be disadvantaged in their abilities to communicate and respond effectively. Finally, as with many Chinese parties, one debilitating issue to a party’s position in an international arbitration case is that documentary records are either not kept or are incomplete. This is more or less a result of a lack of consistently effective administrative governance and procedures. The typical reasons given by Chinese companies to their lawyers often include: company employees using personal laptops for work but not leaving behind proper documentary records to whomever succeeds them in their position; boxes of files becoming lost in the event of an office relocation; and company employees communicating with other parties via telephone or in person without keeping proper records.

Advice to Chinese parties when acting as claimant

When Chinese claimants decide to arbitrate a claim, a few important matters need to be considered.

Thirdly, it is important that Chinese claimants make every effort to retain documents and records, especially those related to the issues in dispute. Unlike Chinese litigation, international arbitration requires parties to produce all documents and records in relation to the dispute, whether favourable or not. It is often the case that an arbitral tribunal consisting of arbitrators who are unfamiliar with Chinese business practices are unconvinced when presented with the above-noted reasons for lost documents, despite the fact that these are issues that Chinese companies and employees regularly face.

Finally, it is recommended that Chinese claimants adequately prepare for the hearing, including the preparation of hearing bundles, reservation of hearing rooms and the retention of translators. Quality translators during witness testimonies and cross-examinations are of utmost importance.

Impact of Chinese claimants on the conduct of international arbitration

The rising number of Chinese claimants is likely to have a significant influence on the conduct of international arbitration in the future. Although Chinese parties will need to adapt to a more international style of dispute resolution, there are a number of cultural, procedural and practical recommendations that will assist those engaged in arbitrations involving a Chinese party. Mandarin is becoming more prevalent as the language of the arbitration. Familiarity with the use of the Chinese language in the conduct of the arbitration, as well as the ability to access translation services for the review of supporting documents is fundamental. Understanding Chinese cultural norms and business practices is also increasingly fundamental.

In order to attract Chinese users, international arbitration institutions will need to adopt and foster measures to (i) raise arbitrators’ awareness of the danger of imputed bias in cases involving Chinese parties; (ii) increase the pool of bilingual arbitrators proficient in Mandarin; and (iii) encourage cultural awareness training for arbitrators.

Chinese parties involved in cross-border disputes will also need to adapt their business practices to minimise any perceived bias against their case and be more willing and proactive in engaging in the process at an early stage in the proceedings. Understanding the process and how to use documentary and witness evidence in support of your case is critical. Chinese parties involved in outbound investments should also seek advice on structuring their investments so as to take full advantage of the benefits and protections offered by investment treaties.