Packaging Alert: Every Dog Has His Day, Except at the TTAB

The Trademark Trial and Appeals Board recently refused registration of a mark incorporating an image of a puppy due to a prior registration of a mark consisting of an image of a puppy with its paw on a roll of toilet paper. Both marks were in connection with toilet paper. This case illustrates the risks for parties wishing to use a mark embodying the same or similar concepts as those embodied by a mark owned by another when such uses are in connection with the same or similar products. 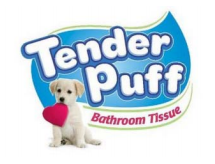 Kimberly-Clark Worldwide, Inc., opposed this application based on its prior use of puppies in various poses for bathroom tissue and related products, as well as its registration for the following mark (Reg. No. 4,656,343):

When addressing the differences between the marks, the TTAB found that while applicant’s puppy held a red heart figure in its mouth, this distinction was relatively insignificant because both dogs are used in connection with toilet paper. The TTAB also discounted the banner element and phrase TENDER PUFF BATHROOM TISSUE in applicant’s mark, reasoning that such elements were entitled to less weight in the analysis given their non-distinctive, suggestive, or descriptive natures.

Finally, the TTAB noted that to the extent the opposer’s mark, which contains no words, was “pronounced,” “a customer will be likely to reference the dog design, which could be mistakenly understood to be identifying applicant’s mark featuring a similar dog, or applicant’s identical goods.” The TTAB also cited the lack of evidence that dogs/puppies are used by any third parties to identify the source of, or otherwise in connection with, toilet paper as further support. As a result, and after consideration of the remaining DuPont factors, the TTAB concluded that the marks, when considered in their entireties, were more similar than dissimilar, and that confusion was likely.

The TTAB’s approach in this matter is instructive for entities seeking to use even relatively arbitrary expressions of elements or concepts when that element or concept is being used by another in connection with similar goods. In particular, obvious differences between marks may not be sufficient to avoid a likelihood of confusion where such marks are expressions of the same concept and where the senior user was previously the only entity using the concept in the market.