On November 6, 2019, the Internal Revenue Service (IRS) released Notice 2019-59, which states the 2020 dollar limitations on benefits and contributions under qualified retirement plans. The Internal Revenue Code (the “Code”) permits employers that sponsor qualified retirement plans and employees who participate in such plans tax benefits up to the stated dollar limits. The Secretary of the Treasury may annually adjust these limits for cost-of-living increases. 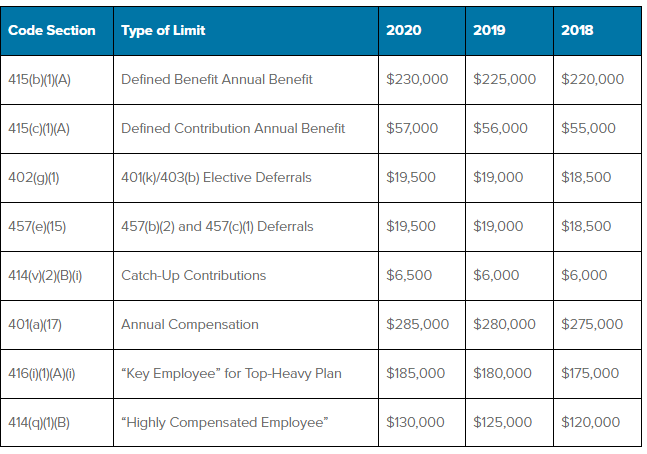 The significant changes covered in the chart above are as follows:

Although many qualified plans include provisions that automatically incorporate changes to the above limits, plan sponsors should ensure that the administration of their plans captures these changes to avoid committing preventable errors.