In the last few years, we've seen many countries across the world introducing or strengthening their rules about foreign investment. In this article, we discuss the changes that are taking place in the UK and in the European Union ('EU').

In the UK, the National Security and Investment Act 2021 ('NSIA') entered into force on 4 January 2022. It introduced a mandatory notification regime for transactions where the target being acquired is active in one of the 17 key sectors of the economy listed in the Act (and as defined in an accompanying Regulation). Those sectors are:

A mandatory filing needs to be submitted if there is "trigger events" which gives the buyer control over the target. It is irrelevant whether the transaction raises national security issues or not. Importantly, the NSIA applies to both investors from foreign countries looking to invest in the UK and also to UK entities doing transactions in the UK. The NSIA also covers foreign to foreign transactions, that is acquisitions of non-UK entities if they carry out activities in the UK or, in some cases, supply goods or services to persons in the UK.

If the target is active in one of those 17 key sectors (but not within the definitions of the Regulation) or in any other sector of the economy, parties might want to submit a voluntary notification to get clearance. If no notification is done, the government has the power to 'call-in' the transaction for review but only if it believes that the transaction raises national security issues (for a period of five years post completion – but no more than six months from when the Secretary of State became aware of the transaction, for example when it has been announced in the press). The voluntary notification also applies to the acquisition of land and IP rights if that acquisition might raise national security issues.

After a notification is submitted, the government, more specifically the Secretary of State for Business, Energy and Industrial Strategy, has 30 working days to review the transaction. Most cases will be cleared within those 30 working days. If the government has concerns, it will call it in for further review (another 30 working days). In cases raising substantial national security issues, there could be an extension of 45 working days with the consent of the buyer. The review could end with clearance, clearance subject to commitments or prohibition of the transaction (in the most serious cases).

The impact of the legislation is that a very large number of transactions have to be notified and vetted, including small transaction as the Act does not contain a no de minimis threshold.

The UK has now left the EU but there have been substantial developments there as well.

The EU Foreign Direct Investment (FDI) Regulation took effect in April 2019. It is not strictly speaking a vetting regime but rather a mechanism of coordination between EU Member States and the European Commission ('EC') in Brussels. Member States will submit an annual report on FDIs that took place in their territory in the preceding year to the EC and, if they have screening mechanisms in place, the application of these mechanisms. Member States will notify the EC and the other Member States of any transaction in their territories undergoing screening under the national FDI rules. Other Member States may provide comments on transaction if they consider that these are likely to affect their security or public order or have relevant information relevant for the screening.

The FDI Regulation started to fully apply in October 2020.

Two points are worth noting. The EU FDI Regulation has led many Member States to introduce FDI screening regimes if they did not have one. In addition, it should be noted that the rules also apply to UK buyers in the EU (now that the UK is no longer part of the EU).

The EC has encouraged Member States to implement their own FDI screening mechanisms. According to the EC website , as of May 2022, 18 out of 27 Member States had such mechanisms in place. 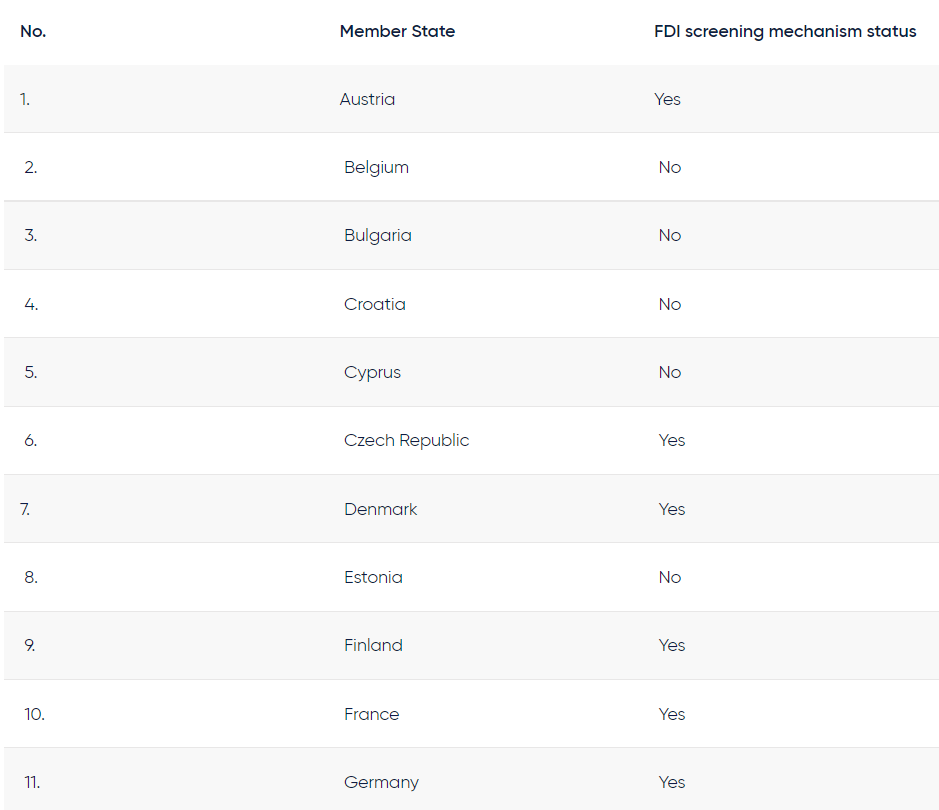 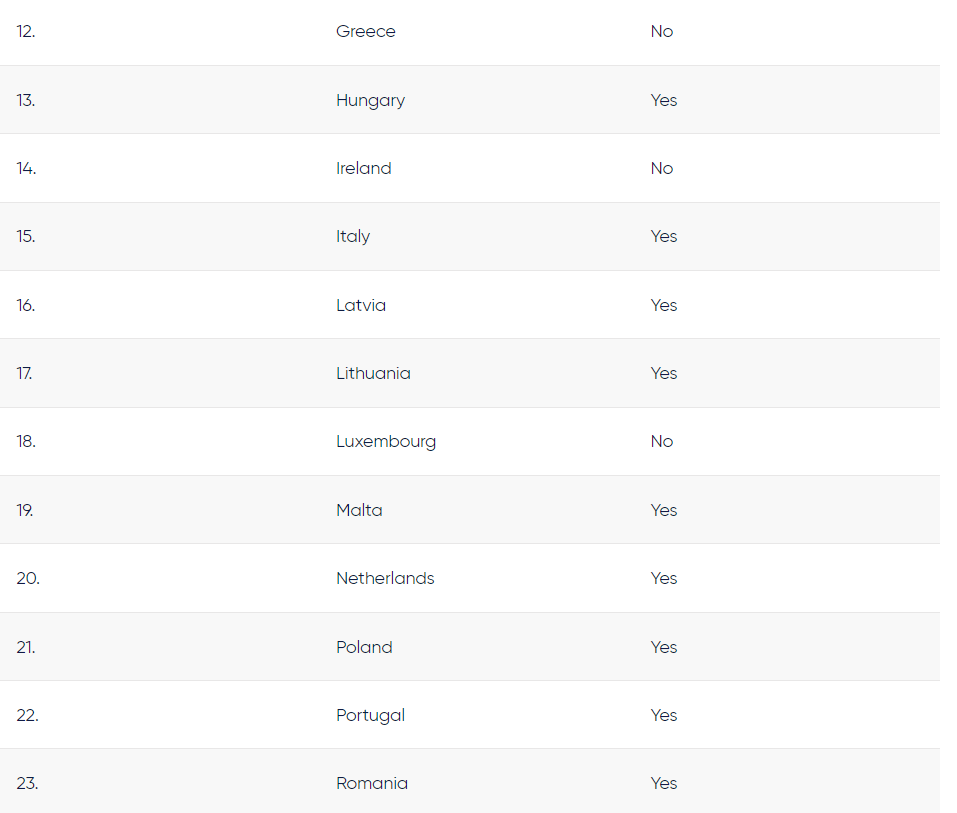 The EU FDI Regulation is not the only EU initiative targeting foreign investors in the EU. On 5 May 2021, the EC adopted a proposal for a Regulation on foreign subsidies distorting the internal market. The proposed Regulation grants the EC the power to investigate financial contributions granted by non-EU governments to companies active in the EU and, if the EC concludes that they constitute distortive subsidies, impose measures to redress their distortive effects.

The Regulation plans to introduce the following tools to monitor the market:

There are considerable developments to follow in this area. We are all used to multi-jurisdictional merger filing but more and more we are advising on multi-jurisdictional FDI filing. And the rules on what is captured by the national FDI regime varies widely so that the same activity might be captured in some EU Member States but not in others. Overall this is an area of law which has expanded governments' oversight of transaction and lead to increase costs and delays to many transactions.